Puerto Pollensa (officially Port Pollença in Catalan) is arguably the most beautiful area in Mallorca. The resort can be found in the north of the island and sits in a horse shoe bay. It has beautiful scenery with the Tramuntana mountains on one side and the warm Mediterranean sea on the other, making it, without doubt, an attractive place to visit. As one of the most important tourist destinations in Mallorca it offers the possibility to enjoy the sea, mountain walks, culture, entertainment, fun and wide flat promenades (including the famous Pine Walk). Above all Puerto Pollensa is a unique setting in which to fully enjoy your stay. Its popularity can be measured by its visitors who return year after year as a result of the friendly and relaxed atmosphere and variety the resort has to offer.

Pollensa also has a prominent role in the cultural world of the island. Since the early twentieth century Pollensa has become a favorite place for painters who visited the island. Names like Miguel Costa Llobera, Ramon Picó Campamà, Rusiñol Santiago, Joaquín Mir, Anglada Camarasa, Tito Cittadini, Dionis Bennàssar and many more have contributed their works (literary and pictorial) to make Pollensa known in Mallorca and beyond. As a result the municipal museum is an interesting place to visit together with Pollensa's numerous art exhibitions. Pollensa. Reached by bus, car or along the newly constructed walk way Pollensa, and all it has to offer, is within easy reach of visitors to Puerto Pollensa. Attractions for many visitors to Pollensa are beautiful spots such as the Calvario and the ancient Roman bridge shown in the photos below. 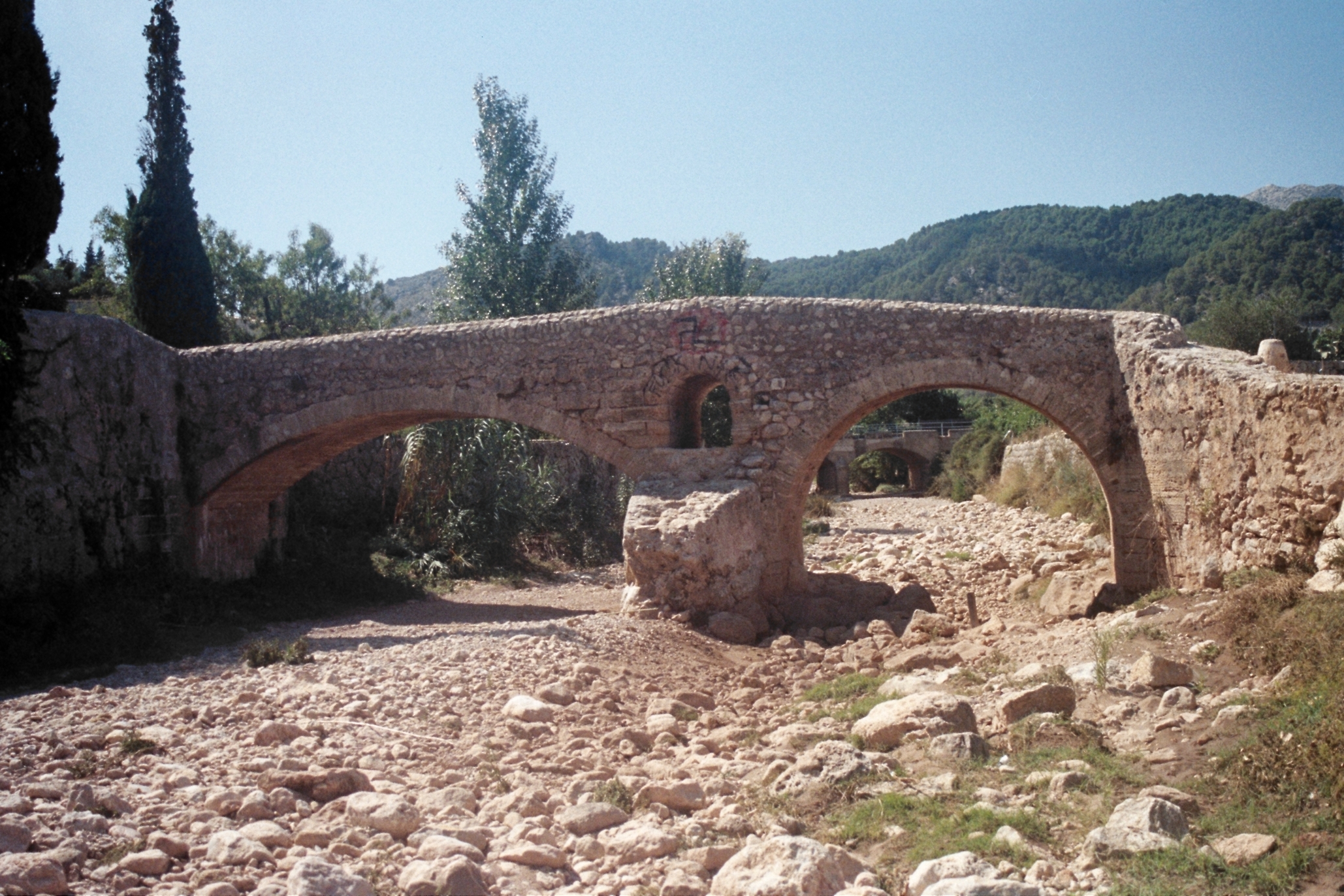 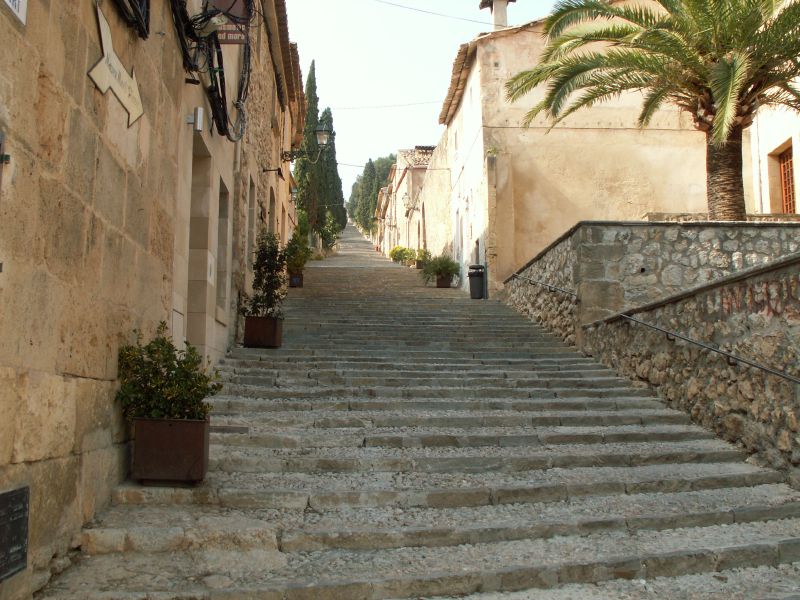 Puerto Pollensa and Pollensa also offer a wide range of cuisine; with traditional dishes from Mallorca such as tumbet, frito, sobrasada or lomo con col. You will be spoilt for choice between the numerous restaurants the resort has to offer with predominantly Mediterranean cuisine together with international dishes as a result of the increasing tourism on the Island.

Also within easy reach of Puerto Pollensa, and which no visitor to the area should miss, are the Formentor beach and lighthouse. Formentor is a narrow peninsula in the municipality of Pollensa which stretches about 12 km and is crossed by a road leading to the lighthouse at Cap de Formentor. It is one of the most visited and emblematic places in Mallorca, thanks to the beauty of a landscape that combines sea and mountain.

From Puerto Pollensa you can follow the road by car or take the regular bus service, although the route is not for the nervous driver or passenger.  On the way to the beach there are two view points from which you can admire the splendid panorama, one of them is the viewpoint of the islet Creueta Colomer which is one of the most photographed views of Mallorca and shown below. The second viewpoint is the watchtower of Albercuix which is situated on a hill 390m above sea level and was built in the late sixteenth century as part of the defense system of Mallorca. If you would prefer to avoid the hair raising bends on the road there is also a frequent boat trip available directly from Puerto Pollensa to Formentor beach which leaves from the marina. 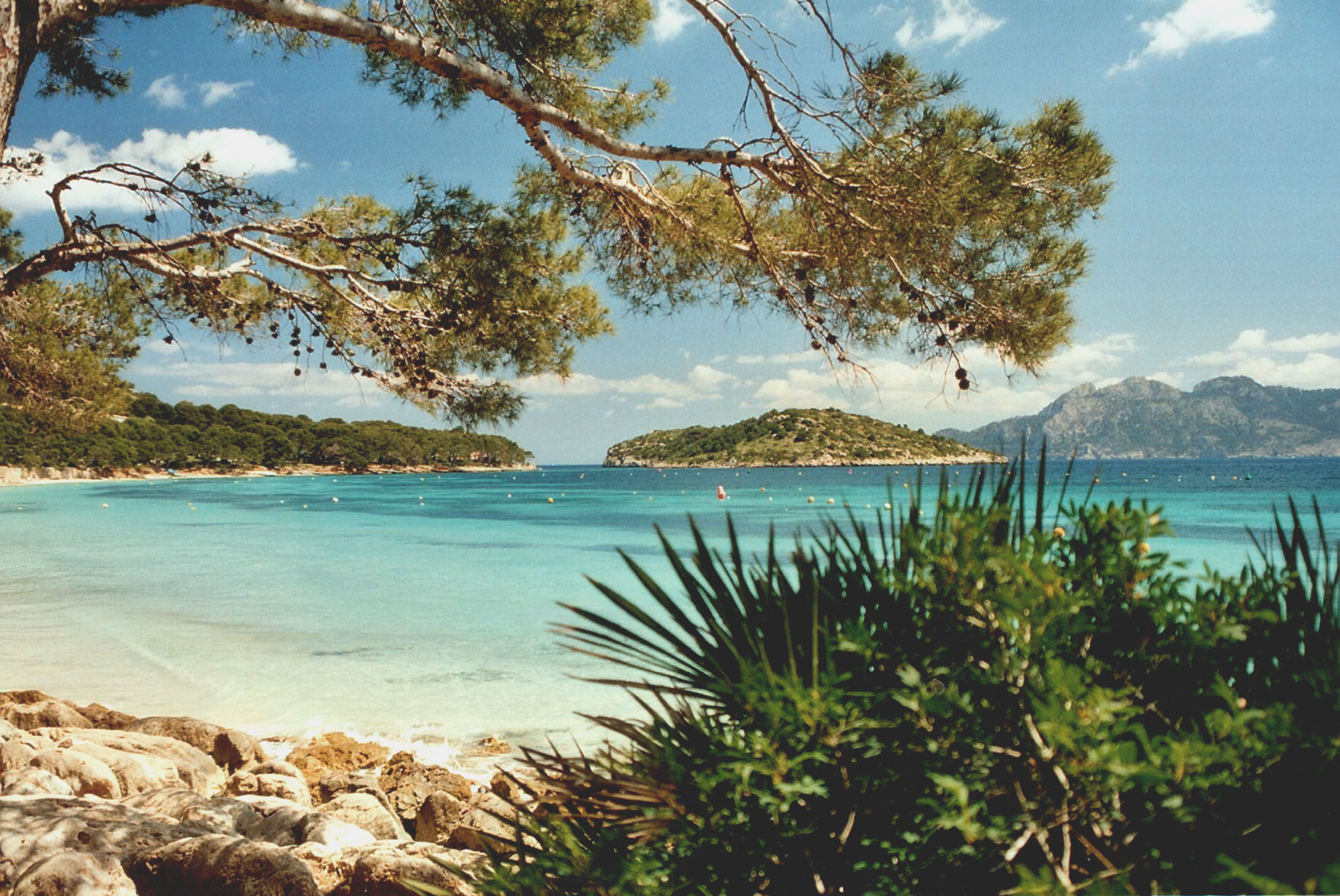 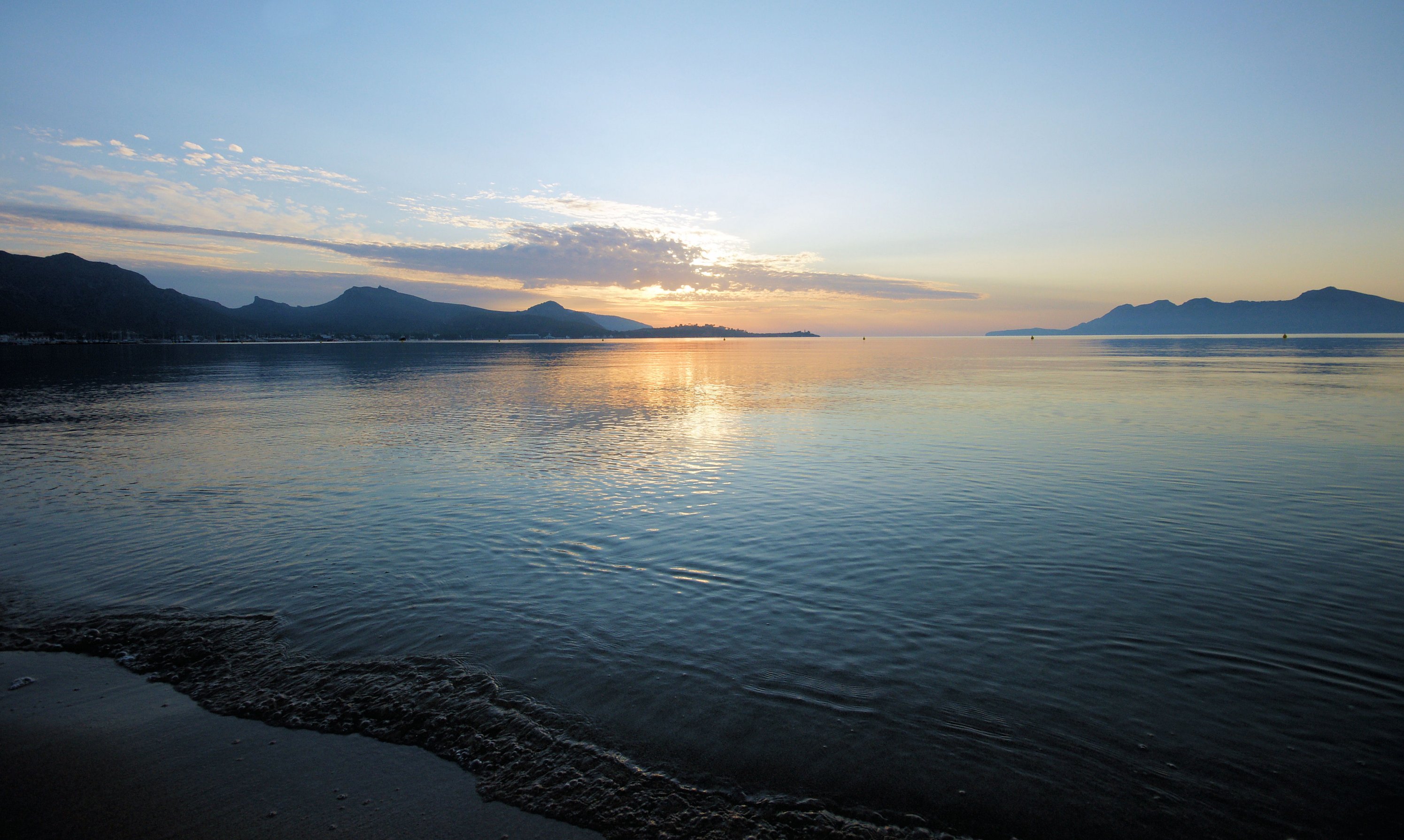